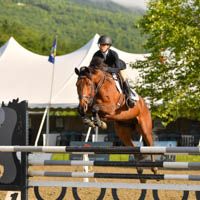 Sarah grew up in Southeast Asia and began her riding career at Arthayasa Stables in Indonesia. While a boarding student at the Dana Hall School, she became a student of Cookie DeSimone's. She continued her education at Tufts University and captained the Tufts Equestrian Team her junior and senior years. After graduation, Sarah returned to Dana Hall as an instructor and member of the barn staff and subsequently was promoted to Director of The Karen Stives '68 Equestrian Center. At the Karen Stives '68 Equestrian Center, Summers has coached under Cookie DeSimone, Olympic riders Greg Best and Bobby Costello, and world-class rider Candice King. In addition to teaching and coaching the Dana Hall Equestrian Team, she also coaches Dana Hall riders at their horse shows. Sarah Summers is committed to fostering a team environment where our students can emerge as strong riders and young women throughout their time at Dana Hall. 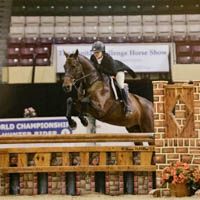 Carly grew up down the street from Dana Hall and has been riding at Dana since she was 7 years old. She was a member of the Dana Hall Interscholastic team for 7 years and also competed across the east coast on her own horses in both the hunters and equitation. Corbacho has been a ribbon winner at the Capital Challenge Horse Show as well as the Washington International Horse Show. Carly graduated from Boston University's Questrom School of Business in 2015 with a degree in Marketing and Information Systems. At Boston University, Carly captained the equestrian team her junior and senior year and in 2015 she finished reserve champion in the prestigious Cacchione Cup at the IHSA National Finals. Carly has been working full time as a coach at Dana Hall since she graduated in June 2015 and has trained under the guidance of Cookie DeSimone, Olympic riders Greg Best and Bobby Costello as well as world-class rider Candice King. In addition to coaching the IEA team as well as the Babson IHSA team, she also coaches the Dana Hall riders at their horse shows. 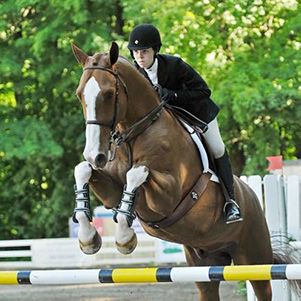 Francesca is a 2014 alumna of Dana Hall School. She began riding at DHS at the age of six and was actively involved in their riding program throughout her high school career. Francesca was co-captain of DHS’s IEA team for three years and competed at USEF-rated shows throughout New England. At Dana Hall, Francesca was the recipient of both the Elaine Betts Award and the Riding Cup. Francesca earned her Bachelor of Science degree from Colorado State University in Equine Sciences in 2018. While there she had the opportunity to learn from many equine professionals in the fields of nutrition, disease management, and exercise physiology and rehabilitation. Francesca has been working full-time as DHS’s Horse Care Coordinator and as a coach since the summer of 2018. She is the coach of DHS’s AEL team and the internship program coordinator as well. 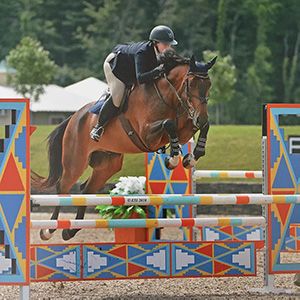 Lia is a lifelong rider who competed as a junior under the tutelage of Linda Langmeier at the Ethel Walker School. As a junior, she earned top honors in both the equitation and junior jumpers at shows such as WEF, Devon, Lake Placid, Saratoga, Harrisburg, and the National Horse Show. She then went on to Texas A&M University, where she was recruited for their Division 1 Equestrian Team and still holds the record as the winningest hunt seat rider in team history. As a captain of the team, Lia helped guide the team to 4 consecutive National Championship titles as well as being a two-time individual All-American. As a professional, Lia has gained a wide range of experience at large shows and sales barns. 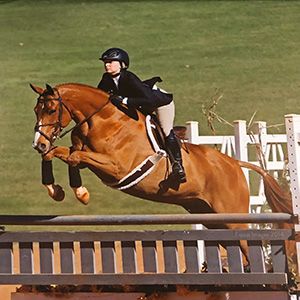 Meaghan grew up in York, ME, and attended the Stoneleigh-Burnham school where she was a member of the IEA team. She competed as a junior as a working student on catch rides in the 3'-3'6" hunters. A winner of the Equestrian Talent Search collegiate recruiting program, Hynes attended Randolph College where she captained the IHSA team her junior and senior year. Hynes spent her summers competing as an amateur in national derbies, performance hunters, and the adult equitation. After college, Hynes worked with marine mammals for a short time before becoming an FEI groom. Before coming to Dana Hall, Hynes worked as a professional where she coached ribbon winners at the NEHC and MHC finals. 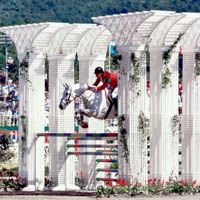 Greg Best is an Olympic show jumping veteran. Best is most well known for his partnership with the gray American Thoroughbred show jumper Gem Twist. Together the duo earned individual and team silver medals at the 1988 Seoul Olympics and placed fourth at the 1990 World Equestrian Games in Stockholm. Although he resides in New Zealand, Best spent much of his time traveling and teaching clinics all over the world until he, in 2016, became the head trainer at Dana Hall School. Today Best comes to Dana Hall in the summer for his Summer Training Academy camps. 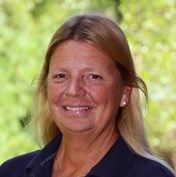 One of the the most respected horsewomen in New England, Christine "Cookie" DeSimone's love of horses began as a child when she would trek each day to see the horses at Dana Hall. Cookie has taught riding at Dana for the past 35 years, including two IEA National Team Championships. Cookie has produced countless champions in the hunter, jumper and equitation divisions over her career. Her juniors have qualified for the Medal, Maclay and USET finals, as well as the NAYRC-North American Young Riders Championships. Along with Greg Prince she is also the head trainer and co-owner of Woodridge Farm, as well as a co-chairwoman of the New England Equitation Committee.