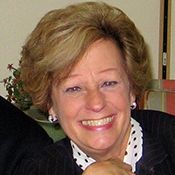 Rabbi Lipof earned a degree in education from Wheelock College, and she was ordained from the Academy of Jewish Religion as a rabbi. She was the first woman to be called to a major pulpit as their Senior Rabbi at the Temple Ohabei Shalom in Brookline, Mass. Rabbi Lipof retired from her position at Ohabei Shalom in December 2006.

Rabbi Lipof received the Combined Jewish Philanthropies Rabbinic Award, the Ben-Gurion University of the Negev's Outstanding Service Award, and the Israel Bonds National Board's Golden Shofar Award. She was also featured on Boston.com for her support of civil unions.

Rabbi Lipof received the Distinguished Alumna Award from Dana Hall in 2001.
Back