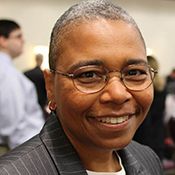 At only 20 years old, Sweeney founded and became CEO of CESS Computing, which provided customized software services to a diverse array of clients.

Sweeney’s research often focuses on data privacy issues. In 2012, Sweeney founded the Data Privacy Lab at Harvard University. Shortly after in 2012, Sweeney became the Professor of Government and Technology in Residence at Harvard. Sweeney has almost 100 academic publications, three patents, citations in two government regulations, and has author three books (including forthcoming): Who Controls Your Data?, Connecting Your Dots: What they know from what you leave behind, and the Computer Guide. Her research has been featured in Consumer Reports, Newsweek, Newsday, Business Week, The Wall Street Journal and 20/20.

Sweeney has received many honors including the 2001 American Psychiatric Association's Privacy Advocate Award. In 2010, she was honored with Dana Hall's Distinguished Alumna Award.

As of 2014, Sweeney is on leave at Harvard and accepted the government appointed position of Chief Technology Officer at the Federal Trade Commission.